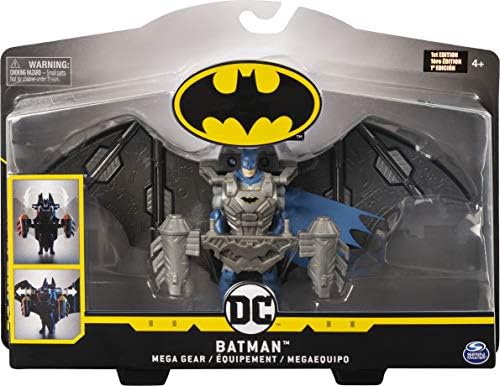 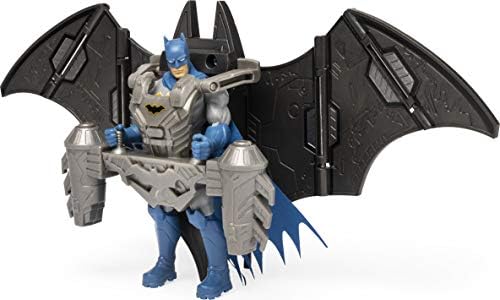 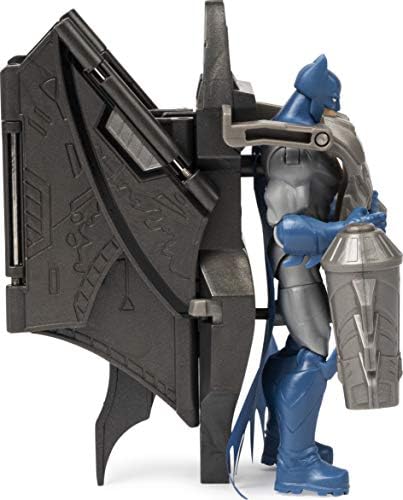 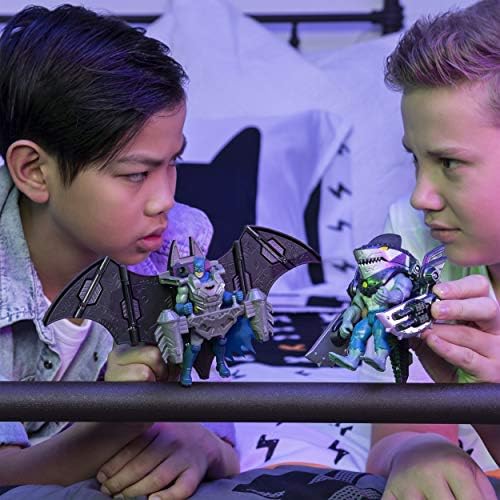 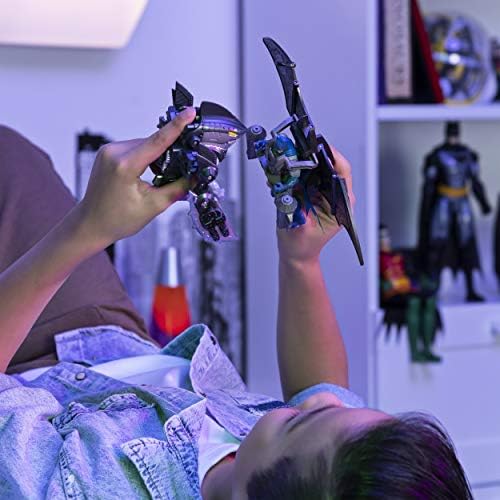 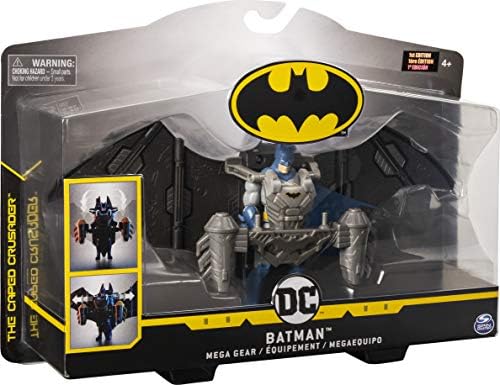 Power up for the ultimate battle with the deluxe BATMAN 4-Inch Mega Gear Action Figure! Join the iconic CAPED CRUSADER, BATMAN, for battle against GOTHAM CITY’S most infamous criminals with transforming Mega Gear armor! This deluxe 4-inch BATMAN toy is highly detailed, with 11 points of articulation for you to pose any way you want. Get your figure ready for battle and simply slide the Mega Gear armor onto your figure. To activate BATMAN’S Mega Gear, press the back to transform and open the wings to protect the skies of GOTHAM! Easily fold the wings back up to continue your missions on the streets of GOTHAM. For even more epic storytelling play, add the 4-inch Mega Gear KING SHARK to your collection (sold separately)! Save GOTHAM with the BATMAN 4-Inch Mega Gear Action Figure!
TRANSFORMING ARMOR: Armed with his Mega Gear, BATMAN is ready for the ultimate battle! To activate, press the back to power up and make his wings pop open! Easily fold them up to transform again.
4-INCH BATMAN ACTION FIGURE: With authentic details and 11 points of articulation, pose your figure! The 4-inch Mega Gear BATMAN is the perfect addition to your action figure collection.
CREATE EPIC BATMAN MISSIONS: Explore your imagination to create your own epic BATMAN missions! Get ready for an all-out battle against the menacing Mega Gear KING SHARK (sold separately)!
The 4-Inch BATMAN Mega Gear Action Figure is a must-have BATMAN toy for fans and collectors aged 3 and up. Power up with Mega Gear for the ultimate battle!
Includes: 1 Figure, Transforming Mega Gear Armor
Covered by the Spin Master Care Commitment. See below for full details

Added to wishlistRemoved from wishlist 0
36 $