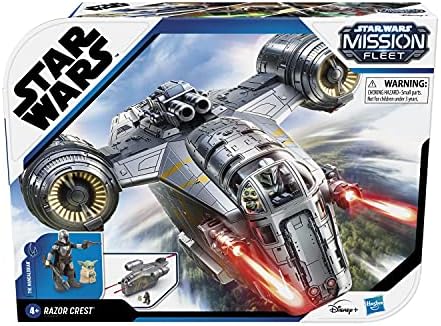 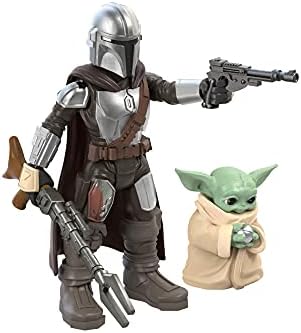 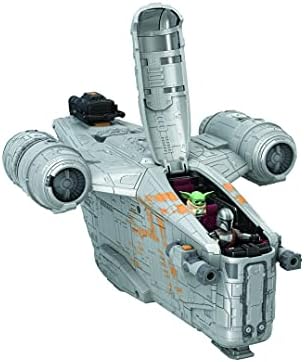 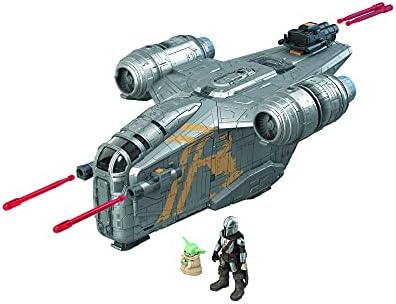 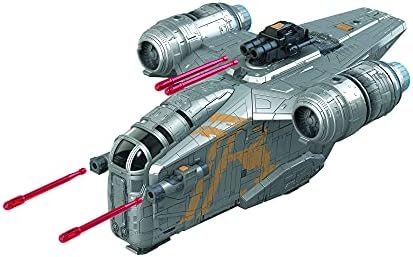 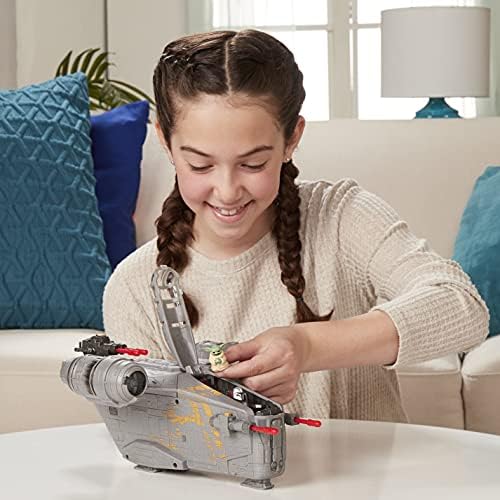 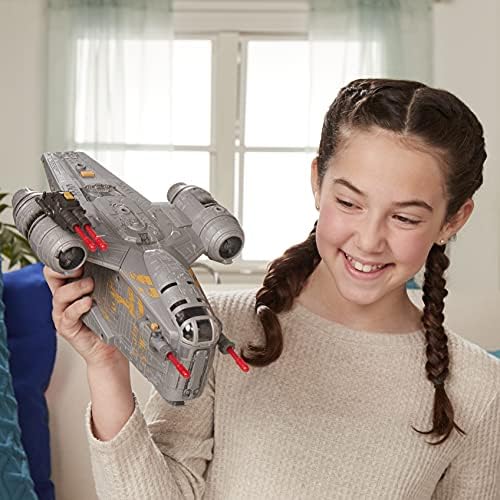 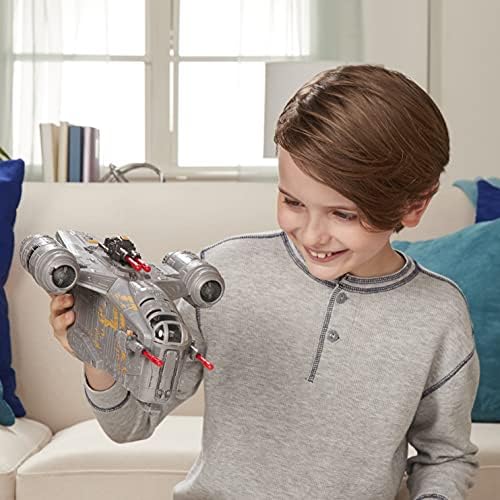 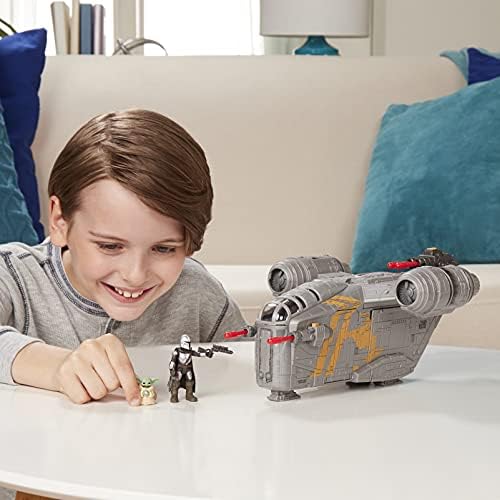 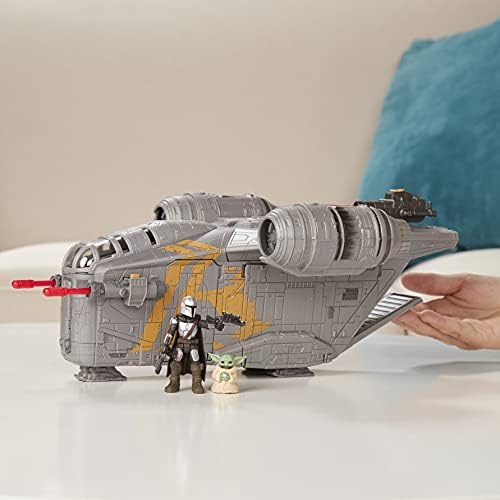 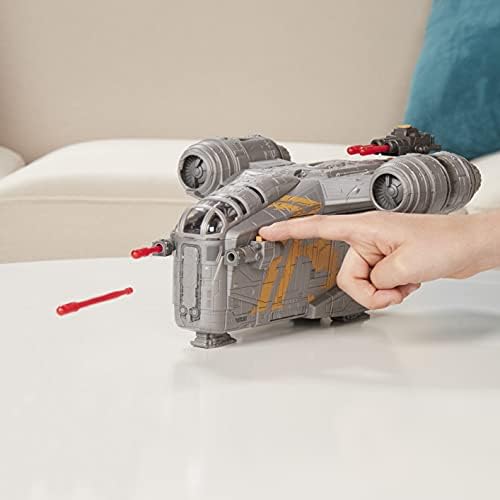 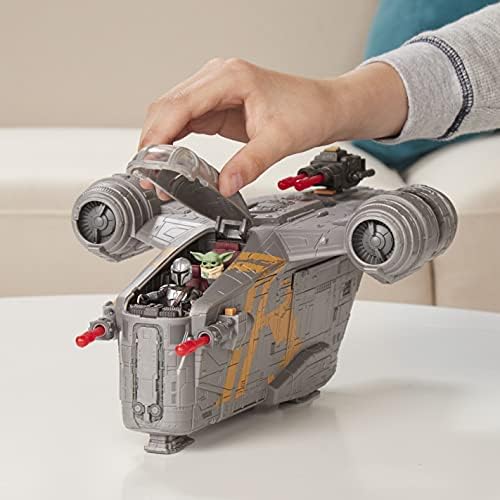 The Mandalorian is a formidable bounty hunter protecting The Child (Grogu), a mysterious alien pursued by bounty hunters on behalf of Imperial interests. The Razor Crest is his trusty transport and living quarters. Blast off into a dangerous galaxy with The Mandalorian and Grogu aboard Mando’s iconic ship, the Razor Crest! Imagine action-packed battles in the outer reaches with the Star Wars Mission Fleet Razor Crest Outer Rim Run Deluxe Vehicle. Featuring 3 projectile launchers, including one repositionable double-launcher, an opening cockpit that fits 2 figures, a removable top cover, interior play area, opening back hatch, weapons locker, 6 blaster accessories, and jetpack accessory, this kid-friendly Deluxe Vehicle makes a great introduction to the Galaxy of Star Wars for kids ages 4 and up! This is the way. Star Wars products are produced by Hasbro under license from Lucasfilm Ltd. Hasbro and all related terms are trademarks of Hasbro.
RAZOR CREST: The Razor Crest is the Mandalorian’s trusty transport and living quarters as he scours the Outer Rim for fugitives to catch
SERIES-INSPIRED ACCESSORIES: The Star Wars Mission Fleet Mandalorian toy comes with a detachable jetpack and 6 detachable blaster accessories
OUTER RIM RUN: Kids ages 4 and up will love imagining daring escapes and exciting chases with the Star Wars Mission Fleet Razor Crest figure and vehicle set
ENTERTAINMENT-INSPIRED FEATURES: Kids can imagine more bounty hunting excitement with a removable top cover that reveals an additional play area and weapons locker, a double-seated cockpit that can fit both figures, 3 opening doors, 2 projectile launchers, and a repositionable double-projectile launcher
THE MANDALORIAN SERIES-INSPIRED DESIGN: The 2.5-inch-scale Mandalorian action figure features multiple points of articulation, including fully poseable arms, legs, and head, as well as design and detail inspired by the live-action series on Disney+